If you’re spending a lot of time at home this holiday season, you might as well spend at least some of that time in the kitchen making delicious meals. There are plenty of smart kitchen gadgets out there, but it feels like the best among them are really delivering standout experiences for smarter, better and more connected cooking options.

The Thermomix has been around for a while now, but the new TM6 model takes its concept of being a one-stop countertop cooking station even further. This new version is packed with smarts, including built-in Wi-Fi, and the inset touchscreen tablet control makes it super easy not only to follow along with recipe instructions, but also to find and save new recipes using Cookidoo, the software companion service to Thermomix’s hardware.

With the ability to blend, mix, chop, sauté, steam, slow cook, sous vide and much more, the Thermomix really can handle just about every task involved in cooking. Yes, it comes with a hefty price tag, but when you consider all the various kitchen gadgets it’s replacing — and the added benefits it includes, like the built-in guided recipe service — it becomes clear that the asking price is actually a bargain.

If you think you don’t have a knack for cooking meat properly, you might actually just be lacking a crucial tool — a good meat thermometer. The MEATER Plus is that and more, with connected features that provide you with real-time temp monitoring via mobile app, as well as a full guide of proper, safe temperatures for cooking all kinds of meat, and awesome charts and graphs of both the ambient temperature of whatever appliance you’re using to cook, in addition to the internal temp.

The Plus version of MEATER extends its Bluetooth range via the connected base, providing you with enough reach to monitor an outdoor cook throughout your house, for instance. The totally wire-free design and magnetic base is a nice touch for storage and convenience, and you can easily connect other MEATERs if you’re cooking a variety of things at once. 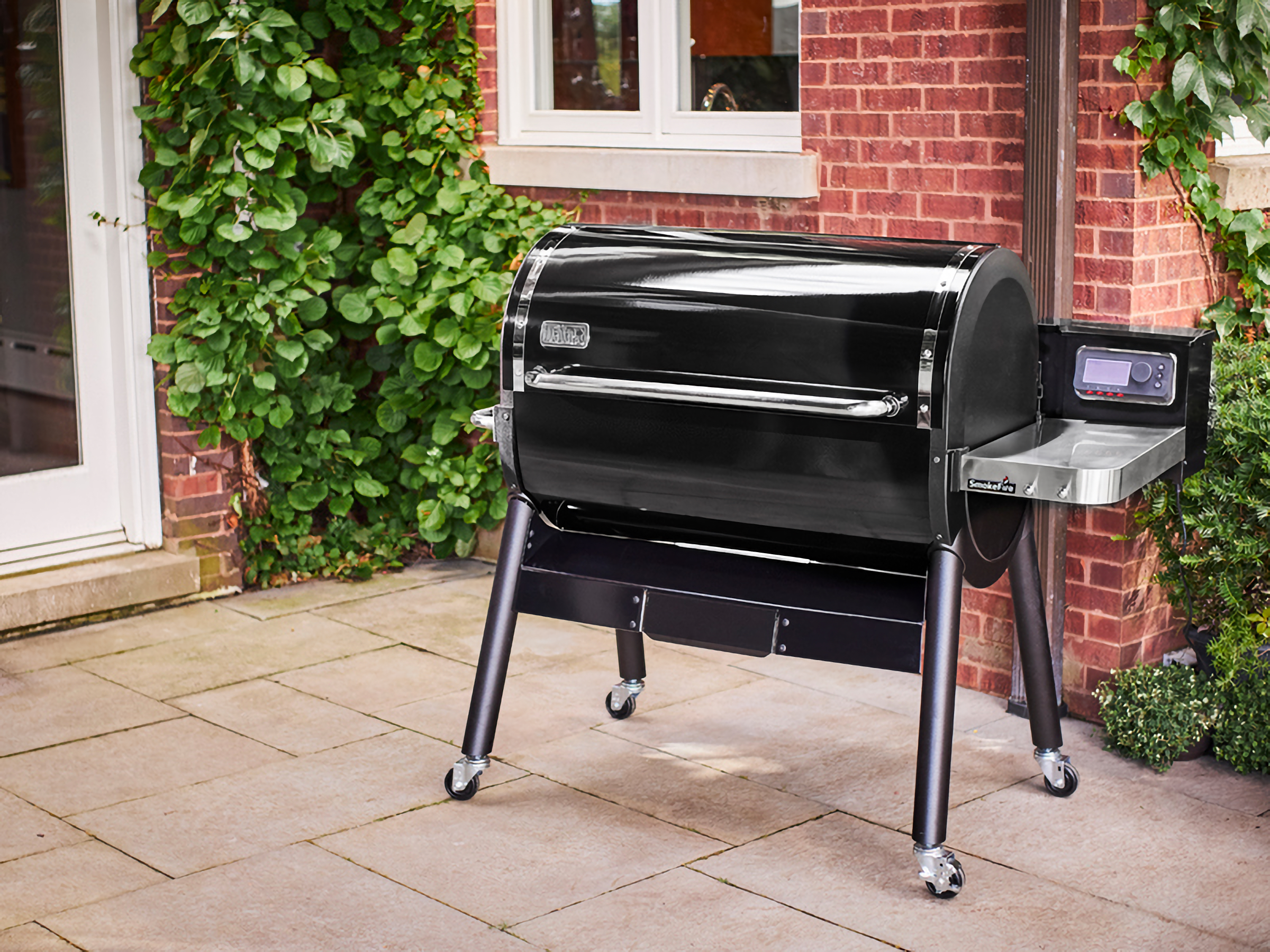 I used to enjoy BBQing quite a lot, but that was before I discovered the joys of a smoker. The Weber SmokeFire EX6 is one of two debut pellet smoker grills created by the iconic outdoor grilling company, and it’s the bigger version that provides enough grilling surface for you to feed a large family or a small sports team.

The SmokeFire EX6 has had some growing pains since its introduction to the market earlier this year, but consistent and frequent firmware updates delivered over-the-air to its Wi-Fi-connected controller have made it a top performer. You can use built-in cooking programs, along with up to four hardwired temperature probes, to prepare whatever you’re making to perfection. Low and slow, or high and hot, the EX6 does it all. 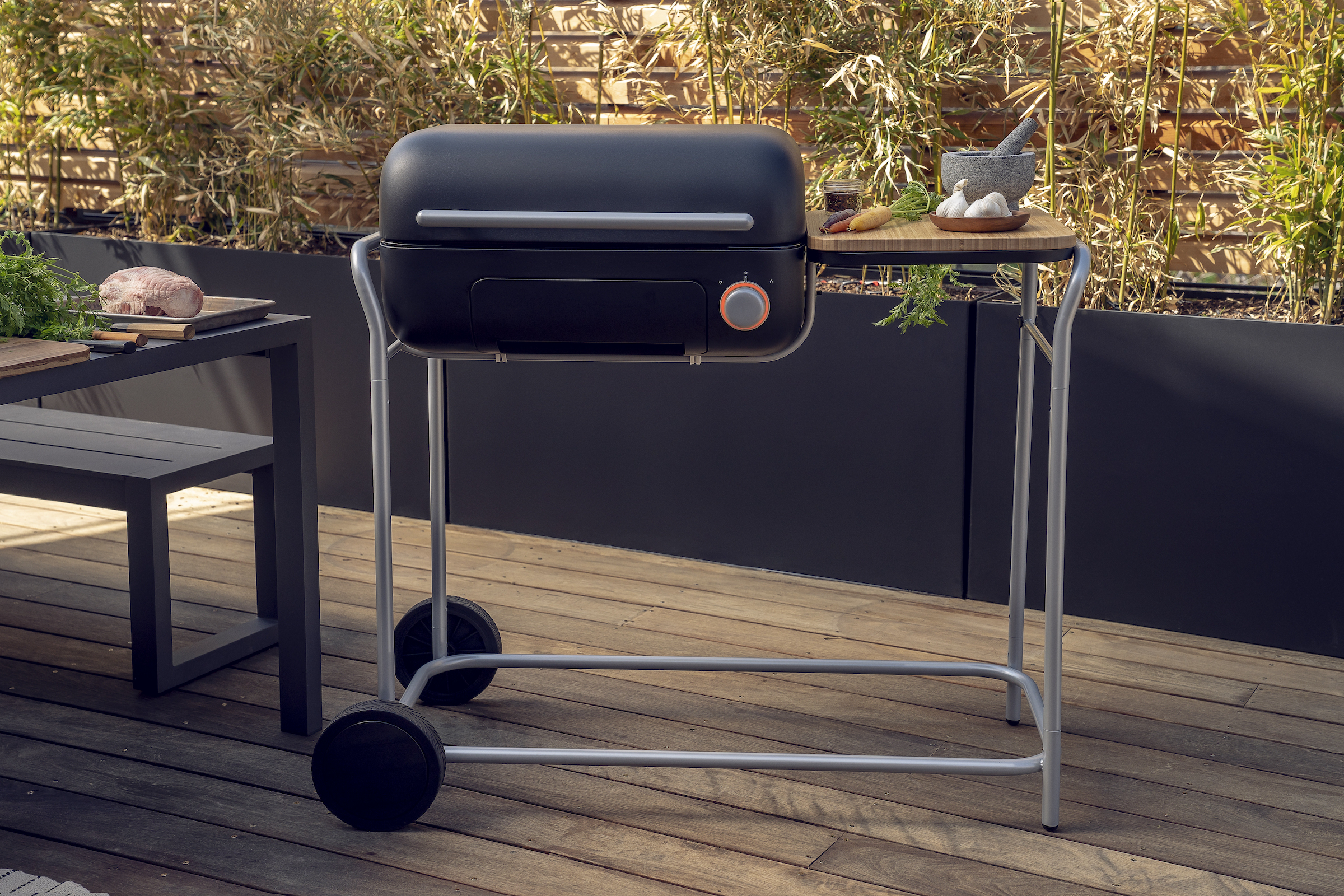 While a smoker offers a lot of benefit, especially for lower-temp cooking, it’s hard to beat a charcoal grill for everyday use, particularly with foods like hamburgers, fish and steaks, as well as roasted veggies. The Spark One is a smart grill that takes everything that’s good about the tried-and-tested “green egg” style cooker and updates it with connectivity and convenience.

Spark Grills has simplified charcoal grilling with their pre-formed Briqs, which are single-piece charcoal fuel blocks that slot perfectly into the Spark One and that ignite quickly via electric igniter to get to temp. Built-in fans keep the temperature consistent for the best possible, predictable cooks of all types of foods.

The Revolution R180 High Speed Smart Toaster is true to its name, cooking toast faster than most. But more than its speed, it deserves praise for its precision: What you see is what you get thanks to a visual doneness selector on the large touchscreen interface. It’s also got custom modes for bread, bagels, waffles, English muffins and even toaster pastries, as well as fresh, frozen and reheated versions of each.

It’s an expensive toaster, but you probably don’t know what toast could be if you haven’t yet tried toast made by the R180.

10 predictions for the toy industry in the year 2022

The 6 best processors for designers and artists

The far out and futuristic cars of CES 2020

Could soldiers silently communicate using brain signals in the future?

How realistic are sci-fi spaceships?

8 COOLEST MOTORHOMES IN THE WORLD

9 health technologies every executive should be excited about in 2020

5 Technical Innovations in the War on Terrorism

What could the world of sports look like in 25 years?

World Of Tomorrow Ideas and concepts. New Amazing Devices and Next Generation Possibilities ...